The Back of Beyond (part2) 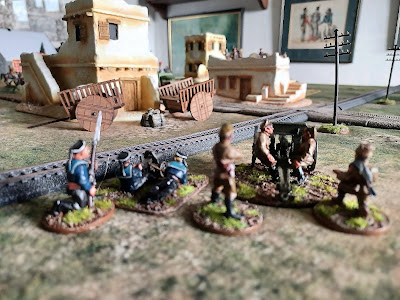 The game didn't last long once the Russians got their artillery bombarding the buildings , this combined with the HMG fire caused heavy casualties in the Chinese garrisons and they fled before the Sailors charged in taking the station . 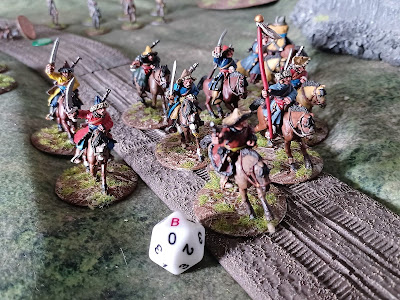 The Chinese did recieve reinforcements in the shape of a unit of Mongolian cavalry - BUT they rolled a 'blunder' on the 'command' dice and promptly quit the field - 'Oh dear' ! . 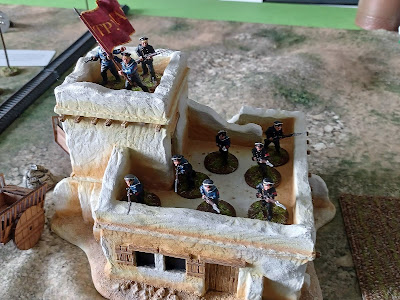 With the red flag flying over the captured station the game was won by the Bolshevik forces . 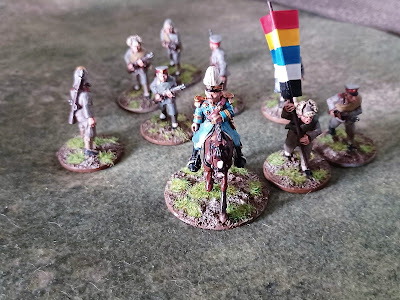 Feng Shui beats a hasty retreat and starts to plan his revenge !. The game played well and the rules being simple enough I was able to remember most of them in my head (always an advantage) . I think these will be my 'go too' set for this period in the future .
Posted by The Good Soldier Svjek at 10:17

Email ThisBlogThis!Share to TwitterShare to FacebookShare to Pinterest
Labels: Back of Beyond