First Game Of The New Year . (Parte One) 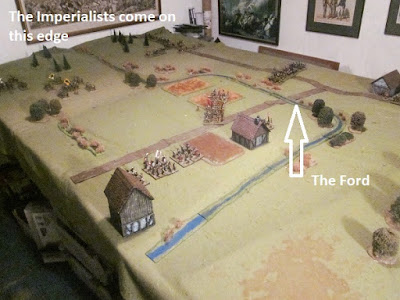 This coming year I'm going to try to play more games with the various armies I've got painted/finished in 2017 . The first will be a TYW game using my plastic 1/72nd figures , the rules will be 'Pike & Shotte' . An apology for the poor picture quality , the overhead bulb has packed in and it's replacement is one of these energy saving eco-bulbs and is s***e !  , I've photo shopped the photos to help with the visibility - but with mixed results ! . The scenario is that the Protestant force is to hold the ford to allow it's baggage train to escape , the Imperialist's are coming on the other table edge attacking in two forces divided by the stream and marshy ground . 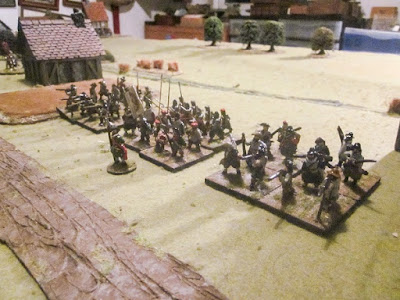 The newly finished Protestant  'White' Regiment  - so they should fight well in their first battle (sic). 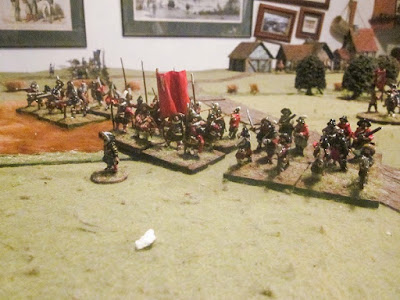 The 'Red Regiment - with a piece of polystyrene in shot - damn ! 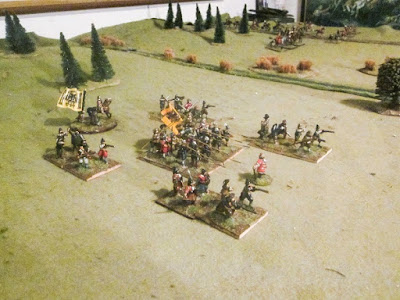 The first Catholic Tercio moves onto the table , in the distance the other force moves down the road to attack the ford from the other flank . 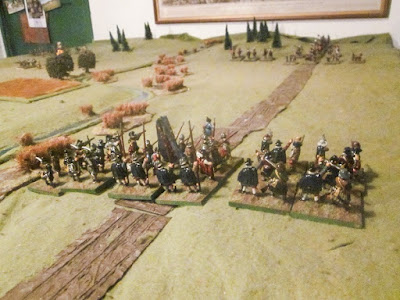 That route is being held by the Protestant 'Blue' Regiment . So my New Year resolution are - NO new periods - finish off my existing projects and play games with the figures I already have - noble sentiments - I hope I can carry them out ! . 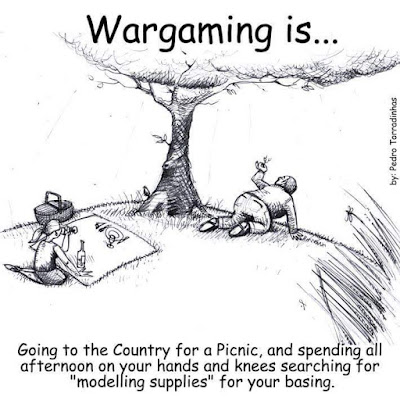 Been picking up pebbles by the river. 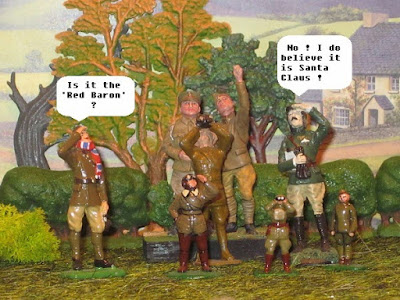 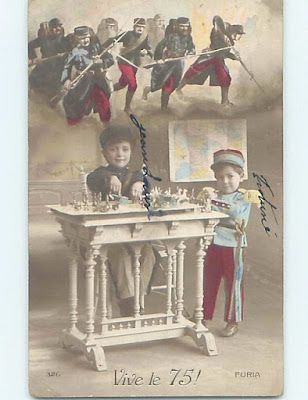 The Author at his gaming table immersing himself in the period .

It has come to that time of year when I make a fool of myself by predicting what I will accomplish in the coming year and look at what I didn't get done in the last ! . I'm rather pleased with myself as I think I've only started one new project (?) my 'Test Of Honour' Samurai game - which I'm still enjoying as it gives quick exciting games with perhaps more to do with the Japanese cinema than history - but that's what drew me to them in the first place . I've got my TYW armies more or less finished and got more of my plastic 20mm Crimean War done . I hope to get more of these painted next year as well as finishing off my 10mm AWI project and the Austrians for 1860's Italy are almost finished.   I've got quite a lot of metal to melt down so the odd 40mm Prince August homecast  may be on the cards . I plan to play more 'Old School' using the various armies I already have done , also some Colonial gaming using TSATF . It will be interesting to see how much of this comes to pass when I look back in another years time ! . 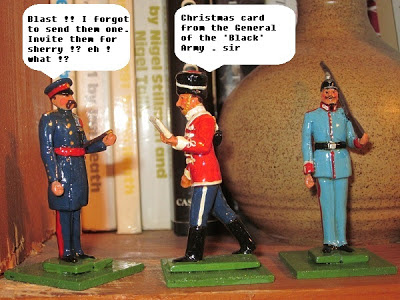 I found this whilst looking through my old defunct blog and thought it ideal for the season. 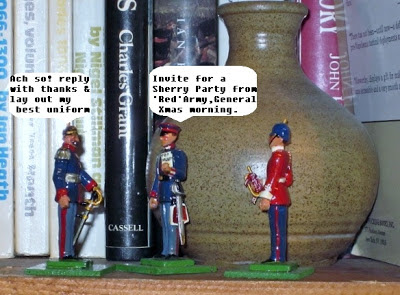 Progress With Test Of Honour. 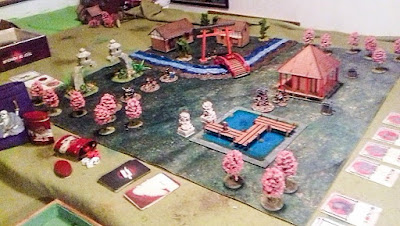 First an apology for the poor photo , the bulb in my light in the wargaming room has died and the only one on hand is of lesser 'wattage' and a large amount of Photoshop was needed to salvage this photo . I've been busy in the background painting more Samurai figures and terrain for my 'Test Of Honour' project - here we see a game set up ready for playing. 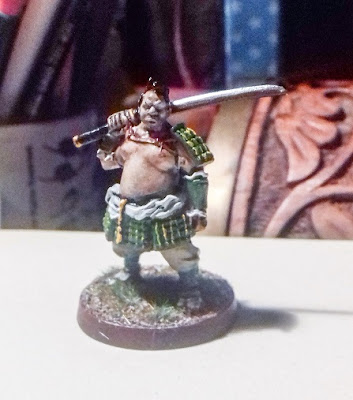 One of the more fun figures I have been painting is Banzuiin Chobei a sort of 'Robin Hood' character in Japanese history - a hero for the common man . Rumours that I modelled for this figures are wrong ! , but he is quite a chap both in history and on the tabletop ! . 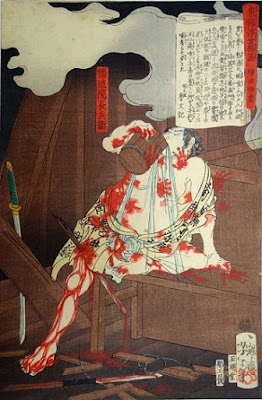 Here is a rather bloody wood print on his death , ambushed in a bath house he slew many of his attackers who had to set fire to the building to finally dispatch him .

Email ThisBlogThis!Share to TwitterShare to FacebookShare to Pinterest
Labels: T.O.H.

Taking To The Air. 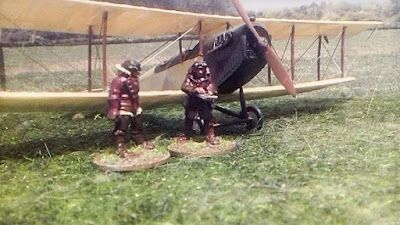 Whilst tidying my wargaming room I came across a plastic 1/48th scale(?) aeroplane kit , I think it's a Curtis 'Jenny' biplane , there were no instructions with it !? . I remembered I had got it to go with my 'Back Of Beyond' project and wanted a non descript two-seater that would do for any of the participants - hence no markings on it . In my distant youth I had been a quite a fan of constructing plastic WW1 aircraft kits so I thought I would glue it together . Hmm ! the years have not been kind to my aircraft building skills and it was a bit of a struggle (in fact it nearly ended up in the bin!) but I persevered and even stretched some sprue (over a candle - Ah ! that brings back memories - mainly of burnt finger ends !) to complete the rigging . Here we see the finished product with a couple of 28mm 'Copplestone' pilot figures ready for take off ! 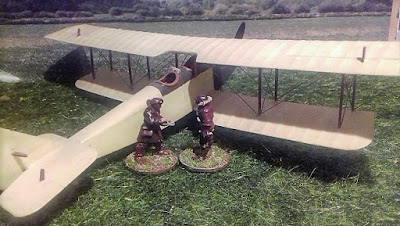 Email ThisBlogThis!Share to TwitterShare to FacebookShare to Pinterest
Labels: Back of Beyond
Newer Posts Older Posts Home
Subscribe to: Posts (Atom)