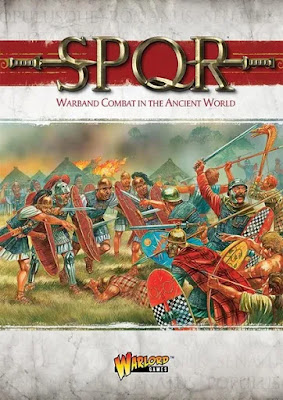 So having sold off my Ancient figures to fund other projects what could be more natural but to buy into another Ancient ruleset and start purchasing more new figures for it ! (well it makes sense to me in a perverted sort of way ) . I got their starter set off Ebay rather cheaply and it has enough figures for two warbands - one Caesarian Roman and the other Gauls . The rules are large skirmish about 10 to 30 per side depending on the nations and troop types . 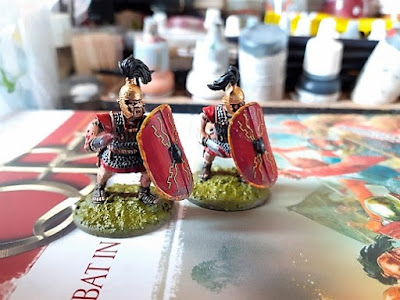 The figures are a mixture of multi-part plastics and resin and are rather nice , here's a couple of Roman Legionaries I've painted up . I cheated with the shield designs and used the transfers that are included in the box . , there's a bit of work to do on the bases to finish them off . 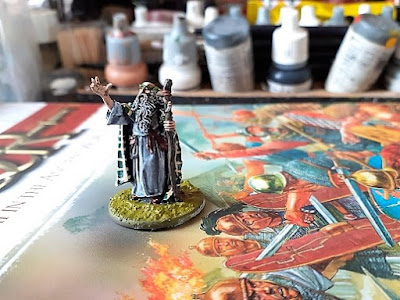 For the Gauls a Druid which is a resin one piece casting . I think I'm going to enjoy painting these figures and have started reading through the rules which seem simple enough and very scenario driven - which I like . More to follow .....
* As a dog returneth to it's vomit , so a fool returneth to his folly

Seen on my walk No.2 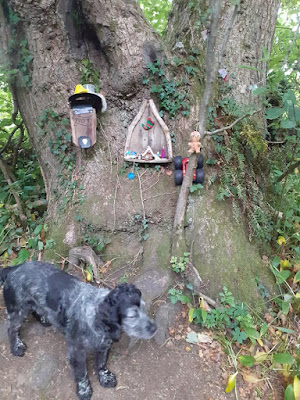 Not anything to do with the hobby but I admire the initiative and time spent on things like this , found on this mornings walk on the old canal footpath at Hincaster . 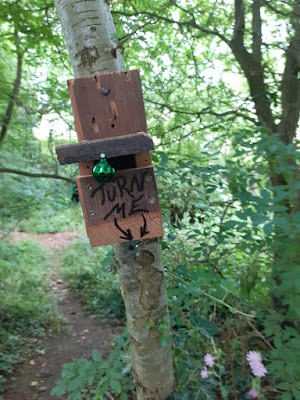 Turned it plays a tune ! 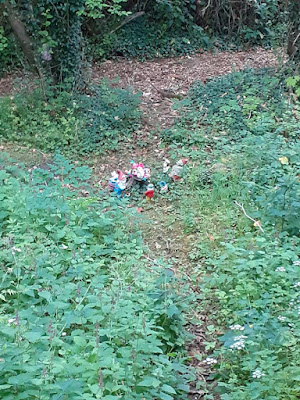 Snow White and the Dwarfs (had to keep the dog on the lead in case he crashed the tea party . 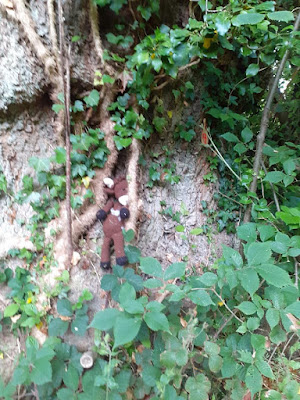 One of many dolls in the trees . 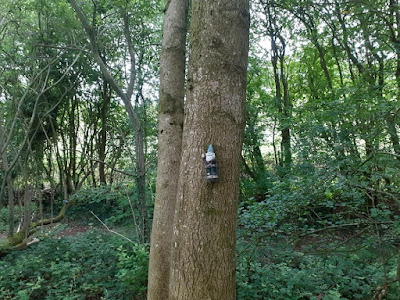 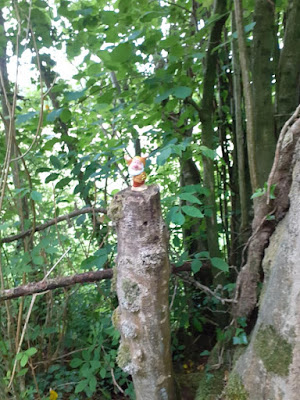 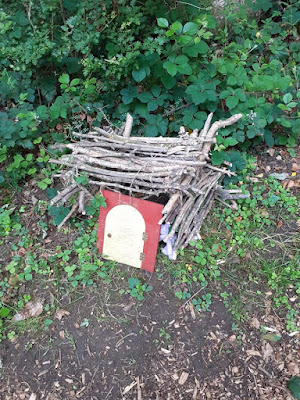 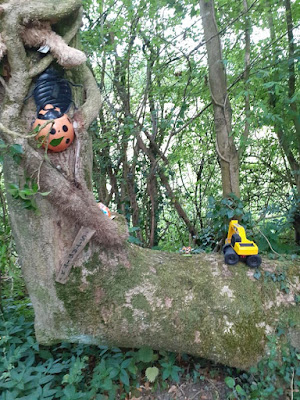 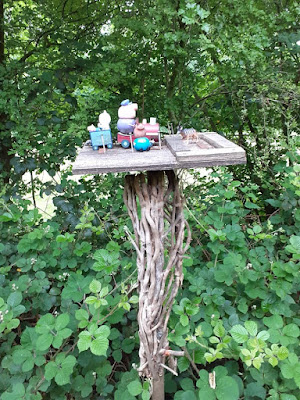 The Sacred and the Profane . 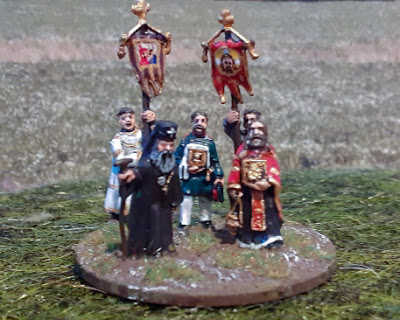 I've had these photos on my phone for about a week so I thought I'd better get them on the blog before I loose them . First the Russian Crimean war religious group , ideal for boosting the morale of the troops . The figures are Strelets 1/72nd from the General Staff and Hospital box . 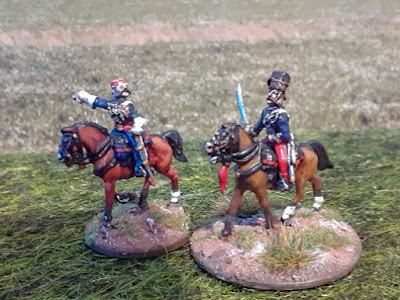 Next is Captain Louis Nolan , here seen with Lord Cardigan - " there my Lord is your enemy !" , he is a conversion from a 17th Lancer Officer painted in the uniform of the 15th Light Dragoons . Both figures are 20mm Strelets who do some brilliant personality figures in their boxed sets . 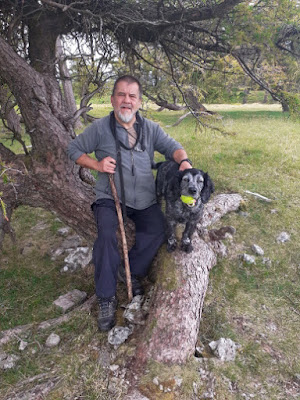 Well I've managed to get to the 500 mile point in this years challenge after a rather slow start at  the beginning of the year due mainly to bad weather . I thought the present crisis might have effected my millage but as I tend to walk the dog early in the morning and away from the more popular routes it doesn't seem to have done . 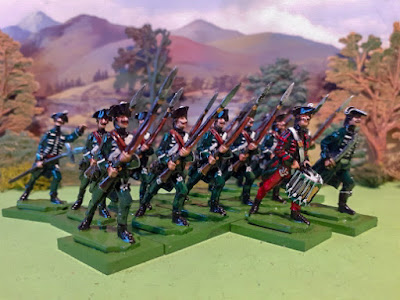 Finally got my SYW-ish Croats done , seemed to have taken forever to finish them - dabbling in to many other painting projects that's my problem . The figures are from the new Prince August 40mm SYW  Austrian Hungarian moulds I bought off  Ebay  . I have painted them in the uniform of the Freikorps Von Kleist 'Green Croats' as I don't have any Austrian troops in my collection . I'm in the process of casting up another dozen figures to add a second company to this unit . 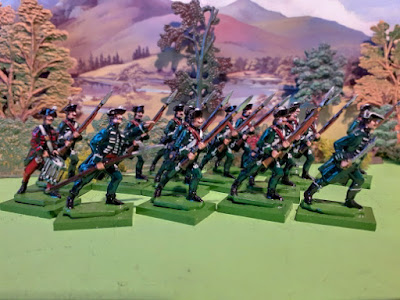 An early birthday present to myself . 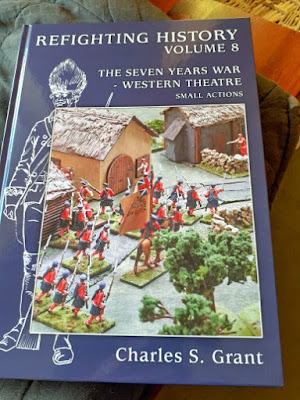 I saw this book on sale and thought that it would be an ideal own birthday present . I've not bought the whole series but this one features small actions and skirmishes and I thought it would be just the thing for my 40mm SYWish collection and the AGW rules . 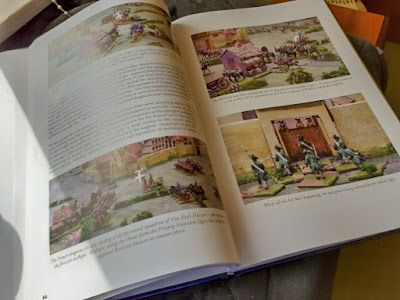 Not cheap but a beautiful book , I'm looking forward to trying some of the scenarios out .