About five or six years ago I painted up a couple of 'Peter Pig' 15mm Samurai armies to go with his set of rules 'Samurai Battles' . For years I've had a phobia about painting Samurai figures - very complicated and strange colour schemes and so this was an attempt to conquer a deep seated fear . Once I got started I rather enjoyed the process - about two thirds of the armies are actually Ashiguru which have a much simpler dress and armour and tend to be in uniform colours anyway and I got used to painting Samurai having consulted several Osprey books on the subject . The problem was the rules - now I like the old type 'Peter Pig' rules but they can be a bit long winded and not laid out very well - so after a couple of games the project floundered. 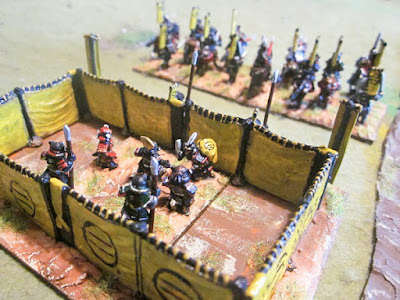 I was a bit sad about this as I've always been interested in Samurai warfare and a big fan of the Kurosawa films . I considered selling them on - then I recently had a thought !  could I use them with the ancient version of 'Black Powder' - 'Hail Caesar' , I looked on the 'Warlord' forum and found somebody had done all the work for me (Huzza !) and there were a set of lists for Samurai using 'Pike and Shotte' the rules I was using for the TYW ! . 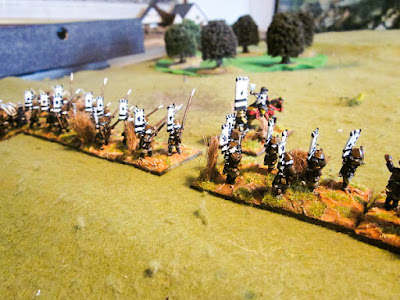 He had made subtle differences and added rules to reflect the rather odd approach to battles adopted by the Japanese, even has a campaign system ! . 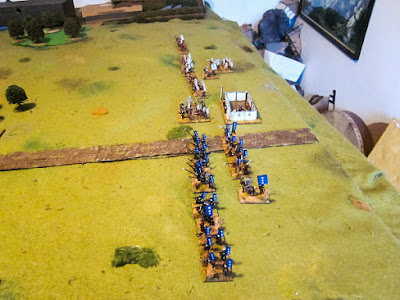 So I've dusted off the two armies and set up a smallish battle to try the rules out . 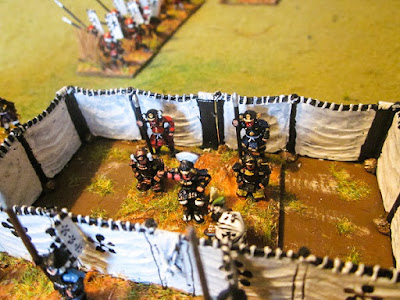 Each side has a command centre or 'Maku' where the C in C or 'Diamyo sits and issues orders via a system of messengers guarded by his body guard or 'Hatamoto' . 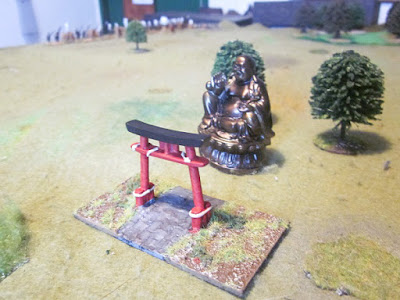 The objective of the battle is to capture a Buddhist  shrine (which has a sacred pencil sharpener hidden in the base). 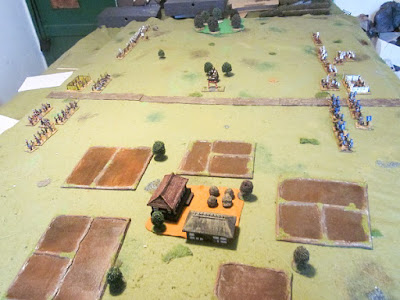 The battlefield with the forces of Honda on the left and Mitsubishi on the right . The buildings and 'paddy fields' were from a defunct Vietnam project . The battle report will follow soon ......

Email ThisBlogThis!Share to TwitterShare to FacebookShare to Pinterest
Labels: Samurai 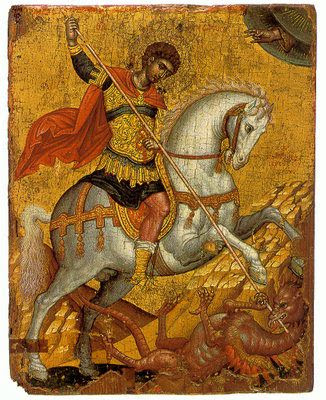 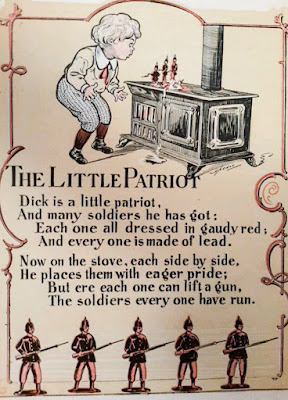 Careful with the homecast figures ! (found on the internet) 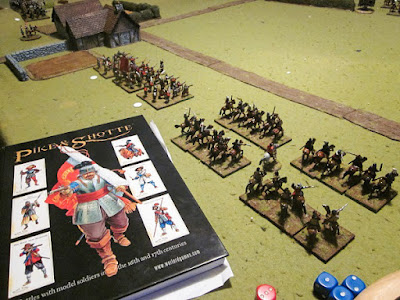 Sorry for the delay in posting these photos but I've been on a learning curve trying to get used to the new Adobe Photo shop - which in my opinion isn't as good as the old one , however think I've got it finally sorted. Having missed photographing the previous game with 'A' and 'R'  I reset the troops up and played it again . 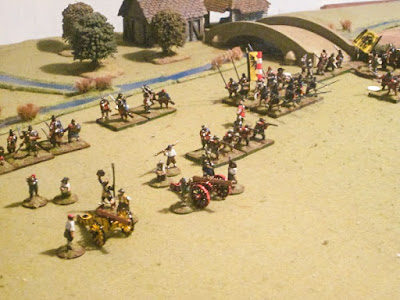 Here we see the Catholic right flank with their Tercio guarding the bridge which is the objective of the game - the Protestant forces have to capture it in 6 turns.- this photo looks very faded - still need to fiddle with photo shop !. 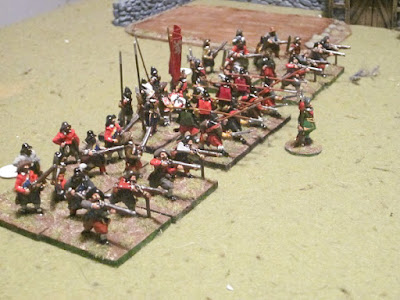 The freshly painted Bohemian/Protestant 'Red' Regiment . Under 'Pike & Shotte' this counts as a 'Battalia' or Brigade hence the Commander on foot in front of it. 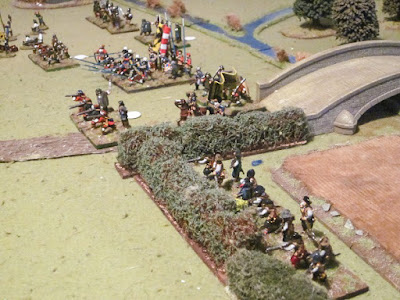 The Catholic League Left flank , the hedge is lined by a unit of 'Commanded' Musketeers. 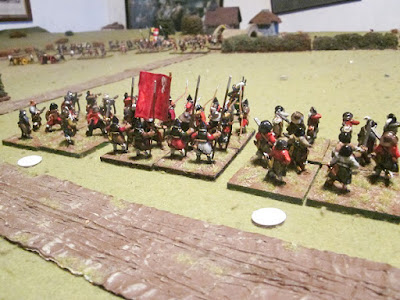 Another photo of the 'Red' Regt. , the white markers are to show that the 'sleeves' of muskets have not shot yet - these are removed when they 'first fire' . 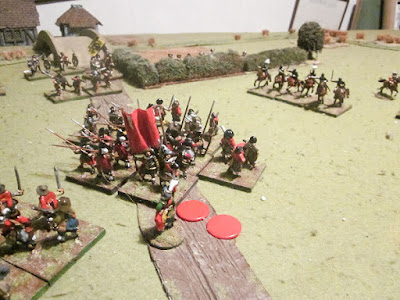 The battle itself was a disaster for the Protestants - the 'Red' regt. advanced bravely but due to the poor command dice rolled by the rest of their force were not supported and threatened on the flank by enemy Horse had to adopt a 'Hedgehog' formation to protect themselves . They were then truly shot to pieces and routed off the table , with a third of their army gone and once again failing their command rolls the Protestant Command called off the attack . 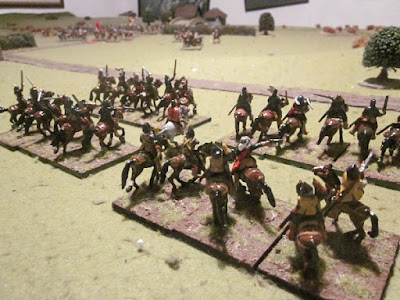 The Protestant Horse sit there and watch their newly painted comrades get massacred , only finally moving when it was to late ! Grr ! . A good game though even if it turned out a bit odd , with the similarities between the 'Pike & Shotte' rules and 'Black Powder' I didn't have any problems running the game and am looking forward to more games using them . This has of course excited me into painting up some more figures for this project which I will photograph and post soon. 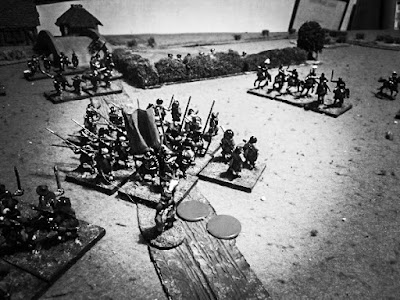 A moody picture of the game using 'Photo Shop' , still need to practise getting it right .

What Does This Mean ?

All visitors will be able to view your Blogspot domain blogs over an encrypted connection by visiting https://<your-blog>.blogspot.com. Existing links and bookmarks to your blogs will continue to work. As part of this change, the HTTPS Availability setting will disappear, and your blogs will always have an HTTPS version. This announcement has appeared on my blog dashboard and it means b****r all to me ?, knowing Blogger it means not good news - why must they try and improve thing !?
Posted by The Good Soldier Svjek at 09:58 10 comments: 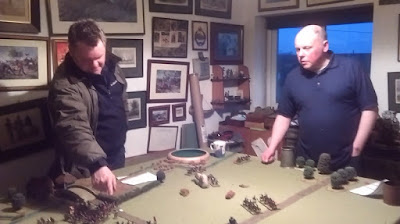 I had 'A' and 'R' around for a game of Pike and Shotte using my freshly painted Thirty Years War figures , an event that nowadays doesn't happen very often due to the intervention of 'real life' - family , work etc. A good time was had by all and the rules worked well and the game was fought to a conclusion over about 2 hours , it was also good to get to talk wargaming hobby with them . Unfortunately I was unable to capture the battle in photos as I've not yet got my camera sorted out , but I took the about photo of the action with my phone - which does not have a brilliant camera on it . This game has enthused me into painting some more figures up and I've reset the battle and will replay it solo and hopefully get some photos of it to put on this blog.

Camera Problems and ANOTHER New Project !!!.

I was hoping to illustrate the first battle of my TYW project between myself and 'A'  using 'Pike & Shotte' but for some reason my camera will not download the photos I took to the computer , not sure if it's the camera or the computer at fault (or me !?) . However a good time was had by all , even though I lost ! . The rules worked well and as probably about 75 % of them  are similar to the 'Black Powder' set we didn't have any problems . There are enough differences to make units handle 'in period' and I'm busy painting up more figures . I'm rather impressed with the plastic 1/72nd figures  and have started casting about for another project to do using them . I know - I know ! this was the year of NO MORE NEW PROJECTS ! - BUT as I have the childish enthusiasm of a 6 year old when it comes to toy soldiers and I'm always looking for a challenge I've decided on the Crimean War using Stretlets plastic figures . I've been trawling EBay and have got my first purchase - 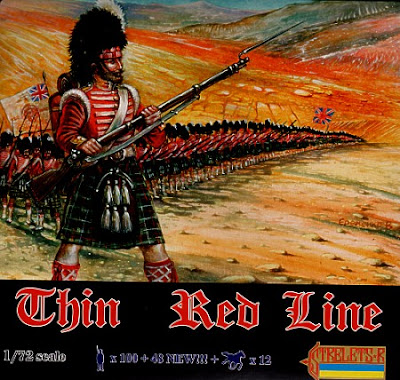 This is a box set of several of the Stretlets Crimean range. 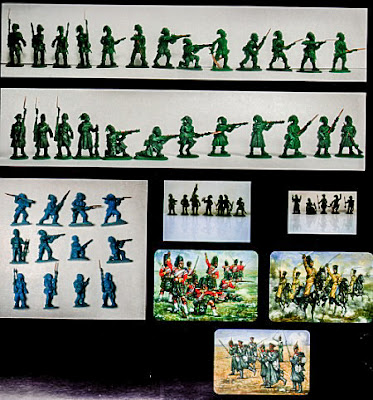 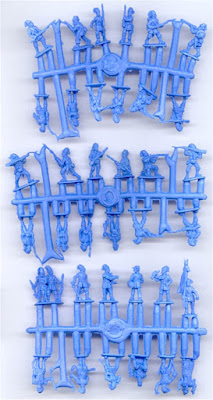 Here's some of the Turkish sprues . This will be a long term project so I don't expect to be posting photos of finished models anytime soon , well I might paint up the odd figure as a test piece ! ( there goes the 6 year old in me !!!!!) .
PS I've just tried another Sim card from my wife's camera in mine and it seems to work now ! so it must be my Sim - need to get another new one ! .