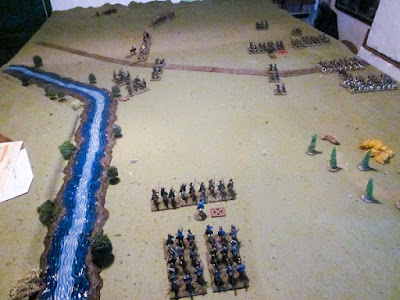 An overview of the start of the battle , the Russian Cavalry Brigade in the foreground and the Infantry on the right. 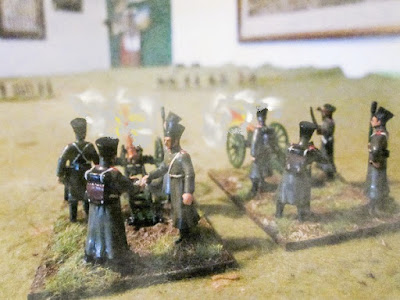 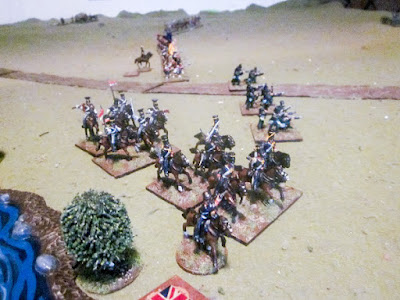 The British Light Cavalry move up to cover the right flank. 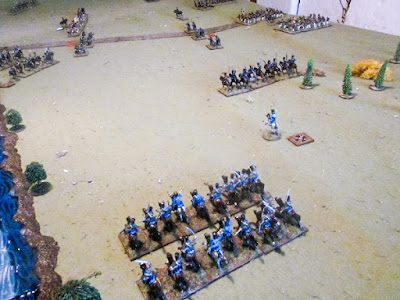 The Russians cavalry advance - rather slowly ! . 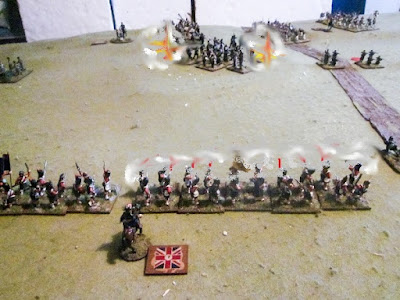 The Highland Brigade open fire on the Russian Infantry columns , this combined with the long range artillery fire from the British Artillery cause the leading Battalion to falter and then flee ! . 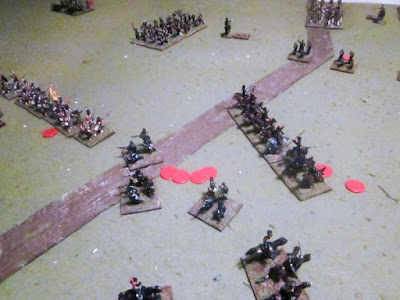 The Cossacks attack the Rifles and scatter them ! 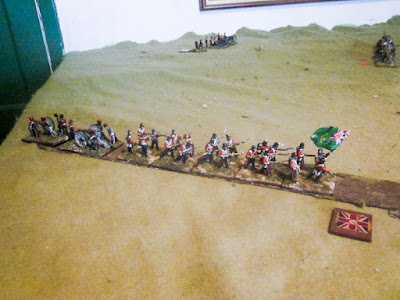 The British reinforcements arrive (on a lucky dice throw!) , the 55th Foot and the R.H.A. . 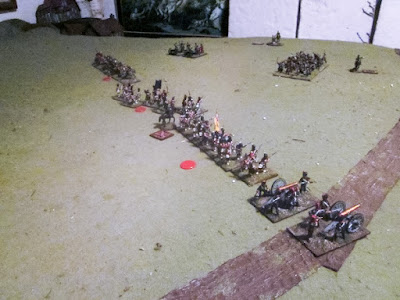 The R.H.A. reinforce the right flank of the Highlanders and open fire on  the Russian Cossacks - driving them back with heavy casualties . The Highlanders fire shake the morale of the remaining Russian battalion , I have been testing out a Brigade Morale System (thought up by my wargaming colleagues 'A' and 'S' ) were Brigades have to test when there stamina drops to half - this resulted in the Brigade retiring from the table ! . 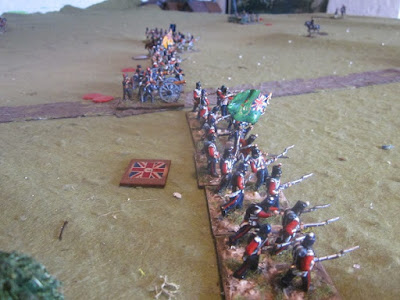 The 55th open fire on the remaining Russian Infantry , the Russian Cavalry Brigade stalls and refuses to move . 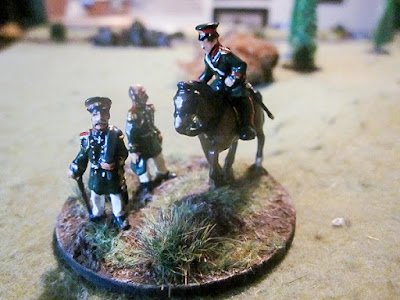 The Russian C in C views the debacle taking place - the remaining  Infantry Brigade roll on the 'blunder' table (rolls a 12 on the Command roll) and retires two moves - off the table , leaving him only with the rather lacklustre cavalry ! - he signals the retreat ! . A British victory , due more to the bad luck of the Russians rather than any tactical brilliance on behalf of the Allies. I enjoyed this rather quirky game and the next up to paint is some Russian reinforcements in the shape of another artillery battery and some more riflemen.

Posted by The Good Soldier Svjek at 13:32 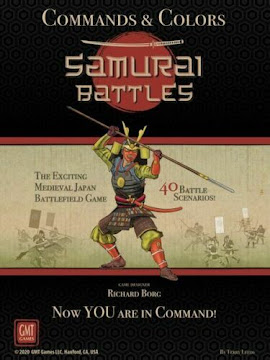 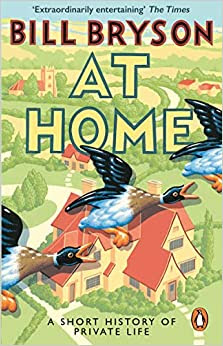