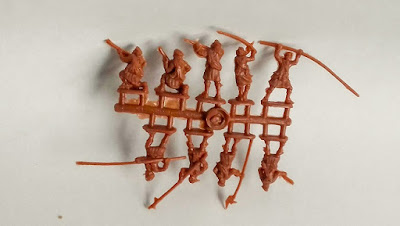 I have been sorting out the figures I have for my 45 project , the Highlanders will be from the two boxes produced by Strelets . This is first box they do and has a total of 39 figures in it , they have three of these sprues plus a command sprue which is common to both boxes . The figures are a bit of a mix from the good to the 'Hmmm !' this box has three figures with spears (?) rather strange !! , I think I will have to attempt to turn them into 'Lochaber' axes . 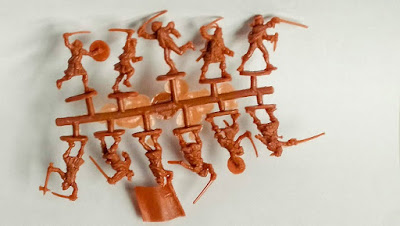 This is the other box which has 46 figures in it . These are rather better, mostly armed with broadswords plus a useful standard bearer , not all of them have 'targes' (shields)  so I will have to add these using techniques I haven't used since converting Airfix 'Robin Hood and his Merry Men' about forty years ago ! . 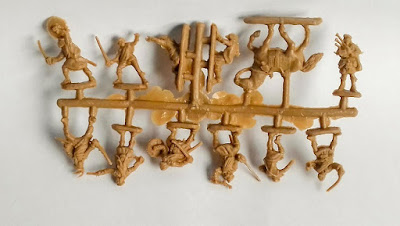 This is the 'command' sprue which is included in each box and has several casualties and a mounted officer on it, as well as some useful broadsword armed figures . The amount of flash seems to vary from box to box so I have some cleaning up to do and am going to have to convert some of the figures before mounting them ready for spraying a black undercoat . I'll post more when I have got some ready. 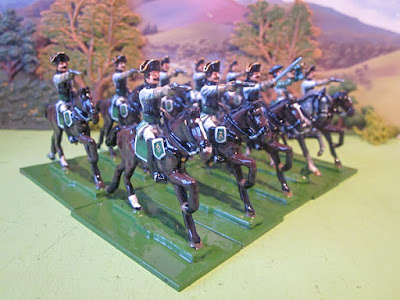 Well 'Christmasy things' have got in the way of any serious work on the various projects that need finishing but I have managed to get these figures done and gloss varnished . 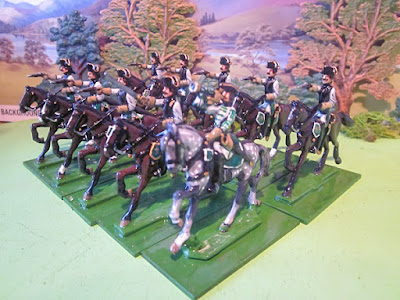 There will be another Troop of Horse and a command group to paint up to complete this Regiment of Saxons but I'm taking a short break from 40mm figures to finish off some other things . There doesn't seem to be any info on Saxon cavalry musicians uniforms and I could have resorted to the reversed coloured coat  but instead went with the white coat and lacing on the sleeves etc . 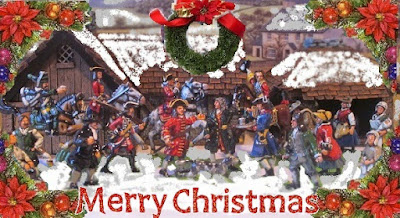 The season's greetings to all out there in 'bloggerland' . 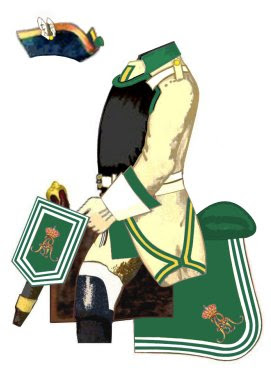 I have decided on which unit to do for my cuirassier figures - it is the Saxon Regt. Von Plotz - here illustrated from the www.kronoskaf.com website. 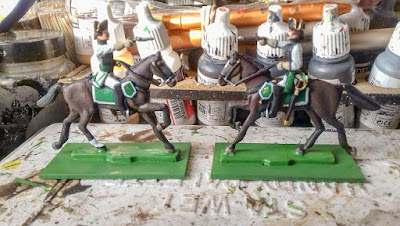 I've got the first two figures painted , here they are in their unvarnished state . I have somewhat simplified the uniform and made a few amendments to accommodate the quirks of the cast figure which is something you have to do with the older Prince August moulds as they are rather generic . I hope to get the unit finished this week if everything goes to plan . I am very tempted to start on my new '45' Jacobite project but have various things to finish off before I plunge into painting masses of tartan . 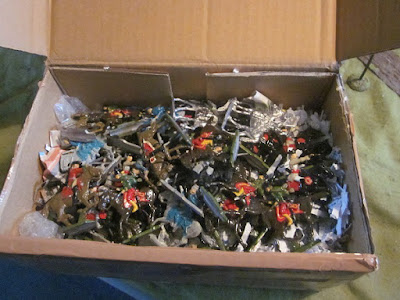 Over the last six months or so I have been slowly buying up 40mm Prince August SYW cavalry off EBay from a seller who I think must be getting rid of somebodies collection and they vary from the unpainted to the half painted and painted . I have now got enough for a regiment of Cuirasser and a unit of Hussars . 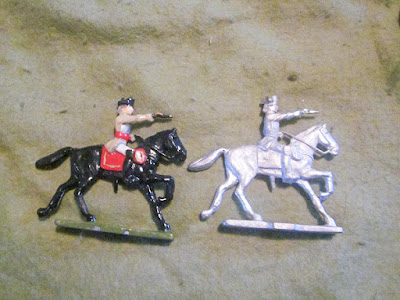 The castings are very nice, think they have been cast from the proper Prince August metal rather than the scrap I use . 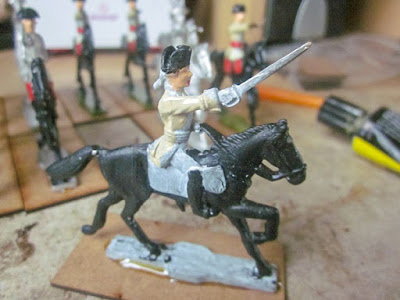 Even a clever officer conversion , by adding a hand and sword from a infantry officers mould . 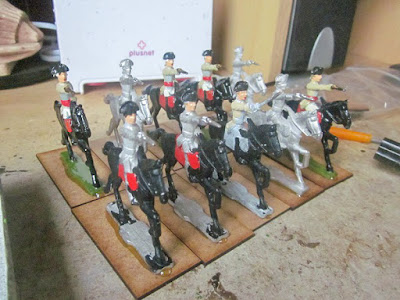 The first squadron based up ready for undercoating . I'm now going to have to choose a regiment to fit the figures , will have to be Germanic with that cuirass - Saxon maybe ? 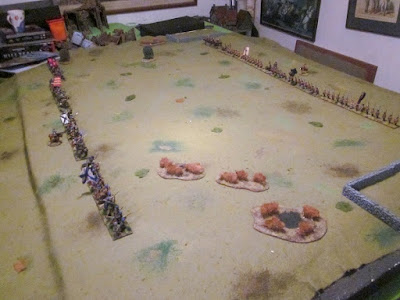 As people know I'm doing the 45 Rebellion next year , so 'A' said why don't I bring my 28mm Jacobites around for a game . 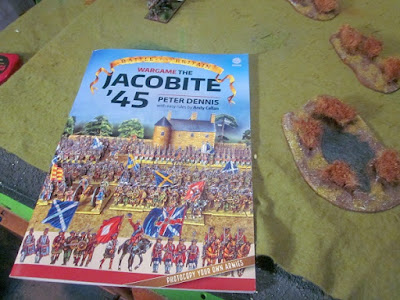 I was planning to use 'Black Powder' for my games but 'A' brought round these rules from the 'Paper Soldiers' series . They are rather old fashioned D6 type but engineered just for the Jacobite Rebellion . 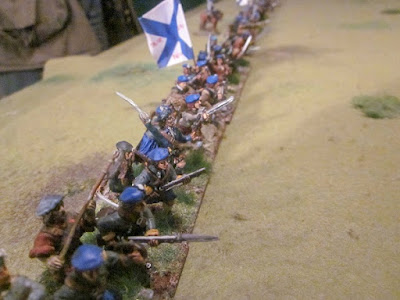 The rules have a small sample battle in the back of the book which we played through twice in the evening - I won one, 'A' the other. 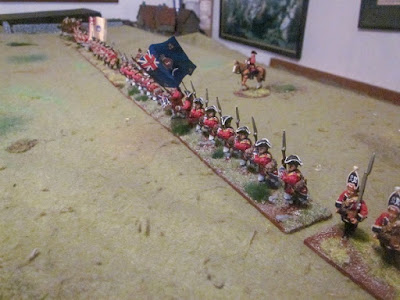 The rules are meant to be used with the cut out paper soldiers in the book , which you can photocopy to get extra units , I don't think I would be bothered as I think cutting them out with scissors would be rather fiddly - and I like painting figures . 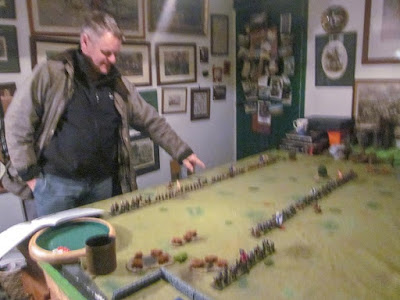 A rather blurry photo of 'A' pointing out a dramatic manoeuvre he is about to command . This game has spurred me on to get the project started BUT I must get the outstanding figures to paint finished . 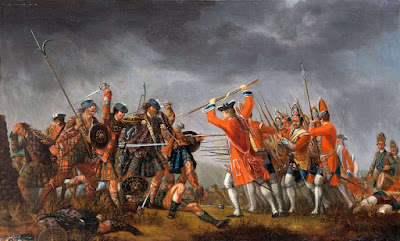 Well with my wife being on holiday this week and the interruption of 'real life Christmassy things' I have got almost nothing done hobby-wise . This has however given me time to consider what my major project for the coming year will be . Let's face it there was always going to be another one , so I've stopped trying to fool myself - there will ALWAYS be another new project in the offing (when the paint brush falls from my dead hand it will be mid - new project - I hope ! ) So the new project for the coming year will be the Jacobite Rebellion of 1745 . 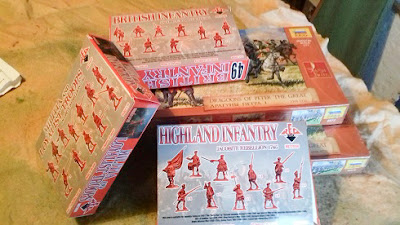 I was looking through the various ranges on the 'Plastic Soldier Review' and was struck by the figures from 'Red Box' which are rather nice , they do 'Highland Infantry' , 'British Infantry' and 'Militia and Lowland Troops' . There are no cavalry or artillery so converting these will be a challenge , on investigation I found the Zvezda Russian Dragoons for the Great Northern War will do with a bit of doctoring . Above is my initial order for the Government troops . 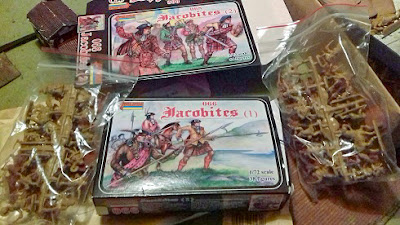 For the opposition there is a limited choice of two boxes of Jacobites from Strelets . Sourcing these was more problematic - none on eBay and the U.K. plastic figure distributers hadn't got any ! . 'A' gave me a link to a Polish model site which advertised them but on ordering it seemed they didn't ! after an exhaustive search and much rending of clothing and hair (model companies say they have them but when you place the order - they don't !) I tracked some down in Italy, thanks to PayPal and the efficient mail order from the Italian company (Lucky Toys) I have LOTS of Highlanders . I will give some close ups  of the figures in another posting - they vary from the good to the odd , but I think I will be able to make something of them and I do like a challenge .

Email ThisBlogThis!Share to TwitterShare to FacebookShare to Pinterest
Labels: Others, The 45

The Earl Of Cardigan 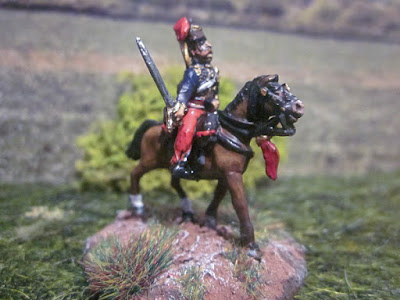 Here we have the commander of the Light Brigade in the Crimea , Major General James Brudenall , the Earl of Cardigan . Its a Strelets personality figure from their 'Into the Valley of Death' box set.

On the left - the real Earl , in the centre the Strelets figure , right Trevor Howard as the Earl in the 1968 film . Strelets can do some odd figures but their personality one are very good in capturing their subject in miniature . 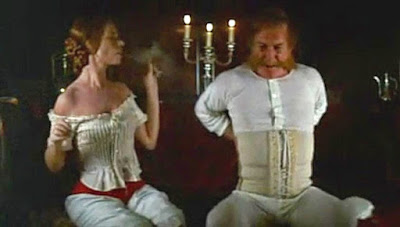 We will draw a sad veil over the films idea of a liaison between Mrs Duberly and Cardigan …..
Perhaps the two figures have to remain 6" away from each other on the tabletop  ? 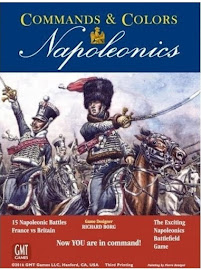 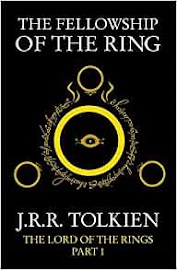