Bashi Bazooks of the Sublime Porte . 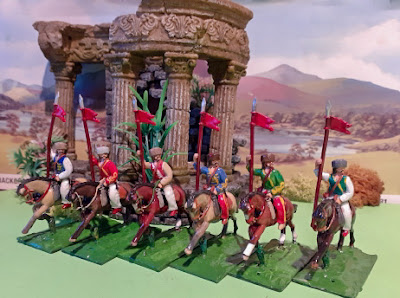 This is one of the last units I will be doing (for the time being)  for my Balkans War Army of the Sublime Porte , they are the Bashi Bazooks irregular cavalry useful for scouting but perhaps not for front line battle roles - in their first battle they were ordered to charge a fleeing enemy and failed their morale roll and left the table . 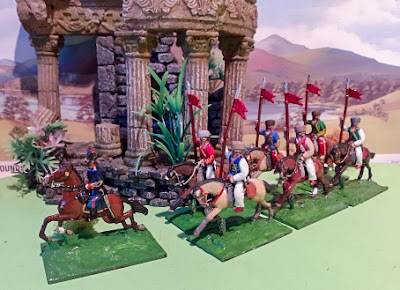 Here they leave on a patrol lead by a senior officer . The figures are of course 42mm Irregular Miniatures , the mounted officer is a semi-flat figure bought off eBay , he was snapped off his base and needed pinning to a new one , I think I have managed to hide the repairs quite well and although perhaps originally a Russian figure I have painted him as an officer of the Sublime Porte.

Posted by The Good Soldier Svjek at 02:09 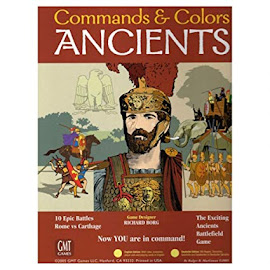 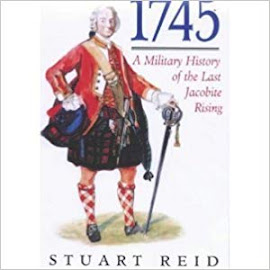