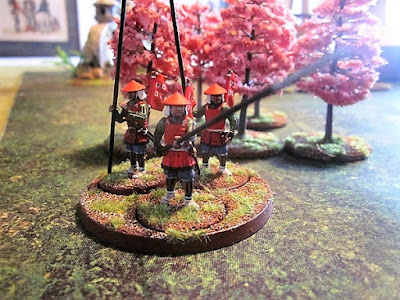 Well these aren't Samurai but Ashigaru , I'm painting one faction up in red armour and the other in black . Sorry for the rather poor photo , I normally take my photos in the bathroom were experience has shown I get the best lighting but as my wife is having a shower I've had to take the photo on my table with the afternoon sun shinning . 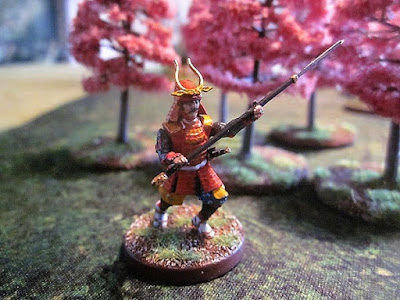 My first Samurai , luckily as this game and the figures are based in the later Sengoku period when the armour and dress of the Samurai became a lot plainer they are easier to paint . 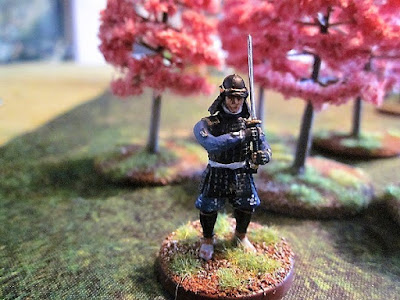 Another Samurai in black armour , the armour of this era seems to have been mainly either red or black . 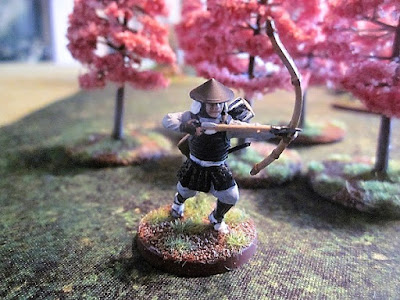 An Ashigaru archer and yes the arrow does go on the right of the bow rather than the left in European archery. 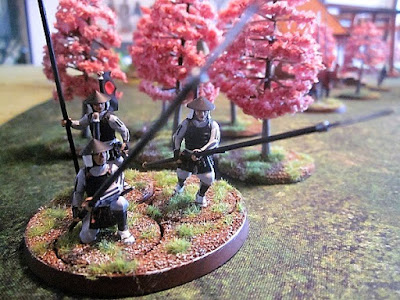 The 'Black' clan Ashigaru spearmen . Archers and spearmen can be played either on multi- bases or singularly . Will soon have enough for my first game and am putting together an MDF shrine for scenery .

Posted by The Good Soldier Svjek at 08:59

Email ThisBlogThis!Share to TwitterShare to FacebookShare to Pinterest
Labels: T.O.H. 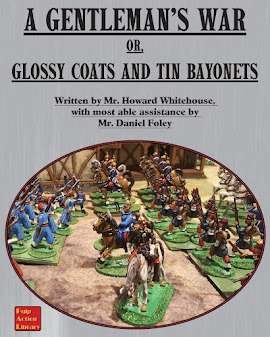 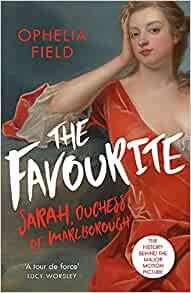